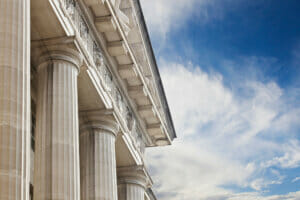 The relationship between Russia and the rest of the world is increasingly volatile. When Russia invaded Ukraine, the United States and its allies imposed both sweeping and unprecedented economic sanctions with the intent to limit Russia’s ability to fund their war effort. In response to the sanctions, Russia’s President Vladimir Putin said: “These sanctions that are being imposed, they are akin to declaring war.” Russia also is attempting to alleviate some of the pressures from the sanctions, including raising interest rates to increase the ruble’s appeal, prohibiting its citizens from transferring money to overseas accounts, and closing the stock market to temper panic.

In addition to the pain felt by the Kremlin, the economic sanctions are having consequences and impact to broader global economies and may also have an impact on your business. The impact to the economy can be broken down into the following buckets: inflation, the price of commodities, and additional supply chain disruptions. This blog will cover some of the impacts and how organizations can prepare to better respond to them.

Sanctions will have an impact on inflation – which was already on the rise globally prior to the war. Inflation, in simple terms, generally means an increase in prices of goods and services in an economy. As prices rise, currency units (like the US dollar, pound sterling, or euro) can buy fewer goods or services which reduces the purchasing power of money. One of the tools that central banks use to help combat inflation is to raise interest rates. However, there is concern from central banks that doing so can lead to additional market pressures and unintended consequences.

The price per barrel of oil has increased to levels not seen since the financial crisis of 2008. The United States and its allies are considering placing a ban on imports of Russian oil, a commodity that has not yet been impacted by sanctions. As of March 8, the United States and United Kingdom have announced a ban on Russian oil, gas, and coal imports. The US announced the move without support from European allies as there is some concern about exports limiting sources of energy for Europe. The UK is expected to phase out all Russian imports by the end of 2022 to allow the markets time to adjust. According to an article by Reuters, “Analysts at Bank of America said if most of Russia’s oil exports were cut off, there could be a shortfall of 5 million barrels per day (bpd) or larger than that, pushing prices as high as $200.” Russia’s Deputy Prime Minister Alexander Novak has also stated that the price of crude oil can increase to over $300 per barrel. The impact of this will be directly felt on consumers in the form of higher gas prices, larger costs to heat their homes, and greater costs for other types of transportation.

In addition to rising prices of oil, the rising prices of other raw materials that are exported from Russia and Ukraine are also increasing. This is expected to have an impact on the food, automotive, and technology industries that are reliant on things like grain, wheat, aluminum, copper, zinc, and palladium that are exported from the region. For example, Russia produces over 40% of the metal palladium, and this is a component in automotive exhausts and catalytic converters. It is possible that the supply chain disruption will be felt for many years to come.

Goods that are exported from the region, such as grain and wheat, could potentially lead to food shortages in places like the Middle East and Africa. Even if those countries are not directly sanctioning Russia, many ports are closed as a result of the war, and Ukraine’s land infrastructure is being bombed daily. Such shortages could lead to additional humanitarian relief efforts requested by those nations who are impacted and need support getting food to its citizens.

As the price for oil continues to climb and airspace is closed, impacts are expected to place additional pressures downstream on goods as transportation costs are expected to increase. For example, aircrafts that would normally transport goods by flying over Russian airspace will have to re-route and fly longer distances. The cost of using sea-based shipping is also expected to increase to three times the current cost. The increased cost of transport and the rising price of raw materials – in conjunction with existing issues already exacerbated by the global pandemic – could lead to new shortages, additional delays getting products to port to help repair products, or extremely high costs.

While much of the chaos is out of our control, as risk and resiliency professionals, there are some practical steps that we can take to ensure we are prepared to meet the needs of our customers:

Operational Resilience: Rewriting the Stars in the Face of Adversity